Gahwa is Arabian coffee and widely drunk in Bahrain and other Middle-East countries. The preparation, serving and drinking of Gahwa has been derived from the Bedouin hospitality and is revered by the same ceremony which has ruled for centuries.

The ritual of presenting gahwa begins when the host places a set of four coffee pots, called della. Next to an open fire he pours the coffee beans onto a mahmasa, which is held above the flames. He stirs the roasting beans and when the beans are cooked they are left to cool before being crushed with a pestle in a mortar called mahbash. Water is poured into the second large pot which contains freshly ground coffee which is then boiled over fire. Now the host pounds the cardamom seeds, and sometimes a pinch of saffron, into the third della which is then filled with the freshly brewed coffee from the second pot and brought to boil again. Finally the gahwa is poured into the fourth and smallest pot and served with utmost etiquette.

Gahwa is never sweetened with sugar. Fresh dates which contain 55% natural sugar, are offered as accompaniment to this heavenly brew. The proportions of coffee and cardamom in the recipe of gahwa vary considerably from region to region.

Gahwa is offered to you not only as refreshment but also shows that you are being welcomed by your guest. It is part of Bahraini hospitality. One cup of gahwa will invite one more.

Dates were aplenty at the Garden Show, an annual event organised in Bahrain during the end of winter. 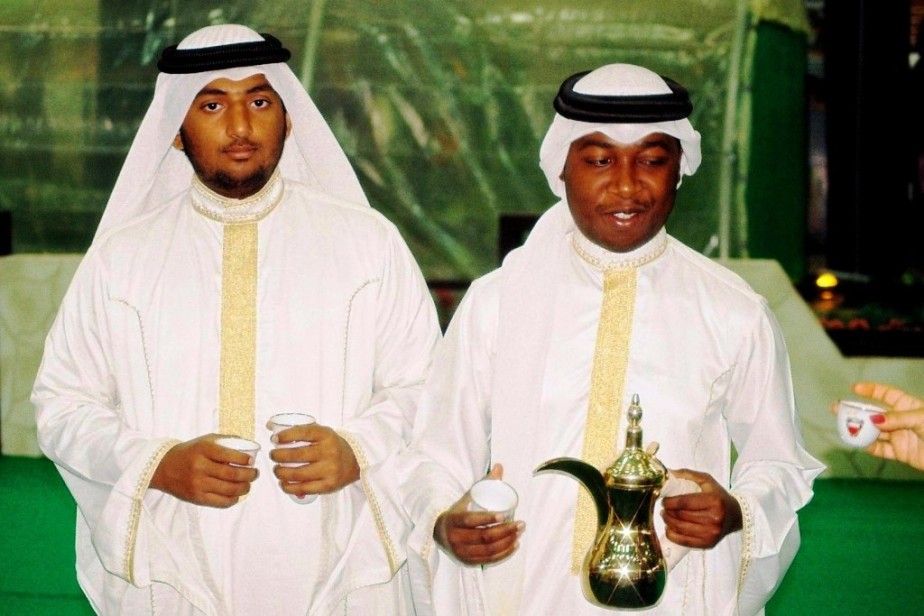