Avians never failed to fascinate the human kind. Desire to feel the freedom; independency and the beauty of the earth from a distance… all could possibly be among the reasons for that fascination. Similar feelings were experienced when a flock of Flamingos were encountered near the marsh near Sitra Causeway (near to Ford Showroom) one morning while returning from an early morning shoot in the Eastern Coast.

Flamingos are so sensitive. They sense you approaching them from as far as 50 meters or more and start to respond. A series of photographs were taken from the moment they realise your appoach till they are flying in formation.

Seen here is the moment of recognition of danger…

The flock begings to move away and one of them assumes the leadership position… prearranged and agreed. Excellent display of camaraderie… No full-body scan… no seat belts… no in-flight movies to suffer… no need to have to endure the complimentary meals. Just fly. 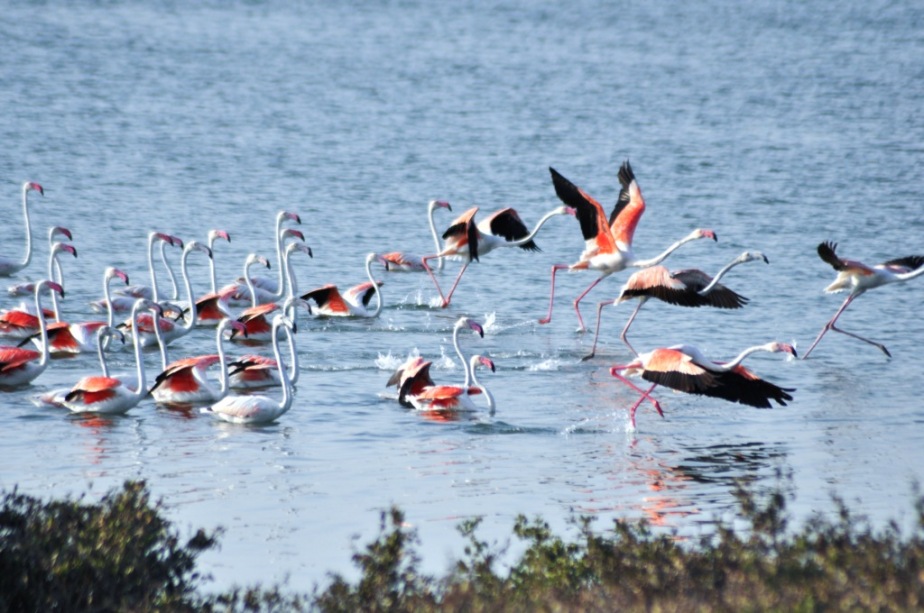 Due to the weight these poor birds has to endure during the flights (yes, there bones are hollow) taking-off is a sight not to be missed. Think an A380 or a B52.Flamingos run several steps, starts flapping their wings before they become airborne… When landing, the procedure is reversed: the bird touches down and then runs several paces.

Moments just after being airborne, the phase of reorientation occurs. Blindly follow the leader of the flock seems to be the doctrine. But whom does the leader follow….?

Flock is still in a disorganised array… as we watch further, the formation is more identifiable. 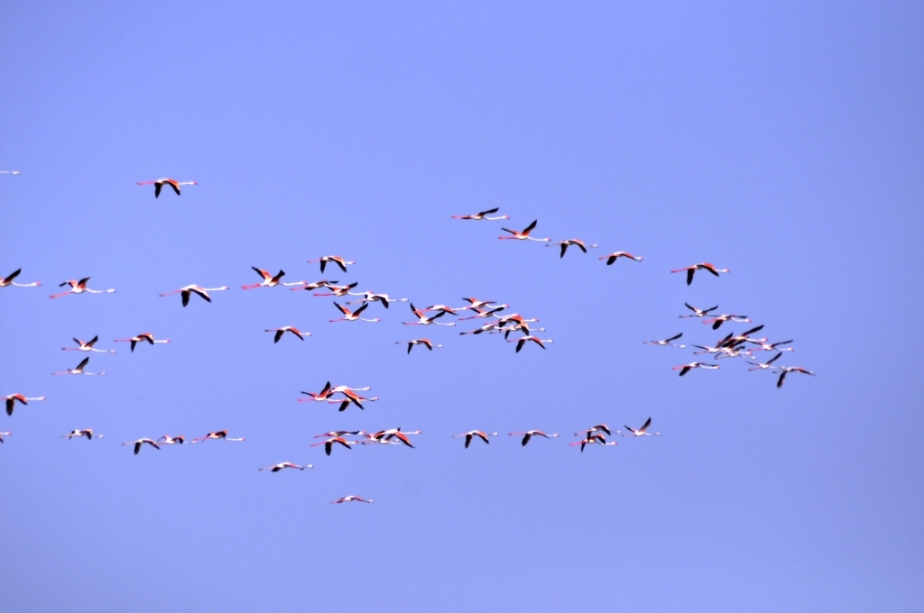 And finally they are in full formation, shown partially… resembling an arrow, or whatever. A flamingo flies with its head and neck stretched out in front and its legs trailing behind. Flight speed of a flock of flamingos can reach 50 to 60 kph (31-37 mph). Flamingos have been known to fly 500 to 600 km (311-373 mi.) each night between habitats. The majority of lakes where flamingos live have extremely high concentrations of salt. The only source of fresh water for some of these birds comes from boiling geysers. They are capable of drinking water at temperatures that approach the boiling point. 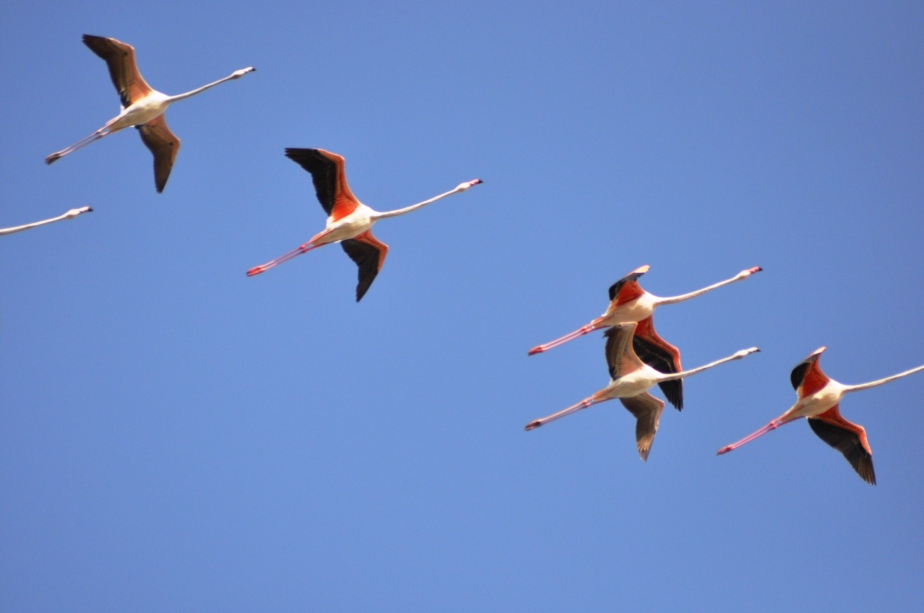 Birds fly; well, most of them. But the way some of them fly is worth watching… For the same reason why people instinctively look up the sky when they hear a jet engine…