Calligraphy can often be a rare confluence of beauty and enigma.
Strange mystery is held by each piece of calligraphic art.
Sleek trailing lines that merge with life.
Broad, bold lines that changes its shape in a graceful curve.
The pen made of bamboo with a tip that thickens and thins out the script.
In short, it was magic to watch the artist come alive with the art.

Calligraphy is an ancient art form.
Kings in the Middle East often had their personal Calligraphers
who had their favorite styles or fonts.
They send their messages through the scripts between them.

MyRefractions.com recently met an artist who excels in her forte: Njood.

She talked of how it all began…

“When I was 11-12 years old, I used to watch my Father – who is a Calligrapher – work on various designs and styles. I love art. So from that point onwards I had become a Calligrapher”. 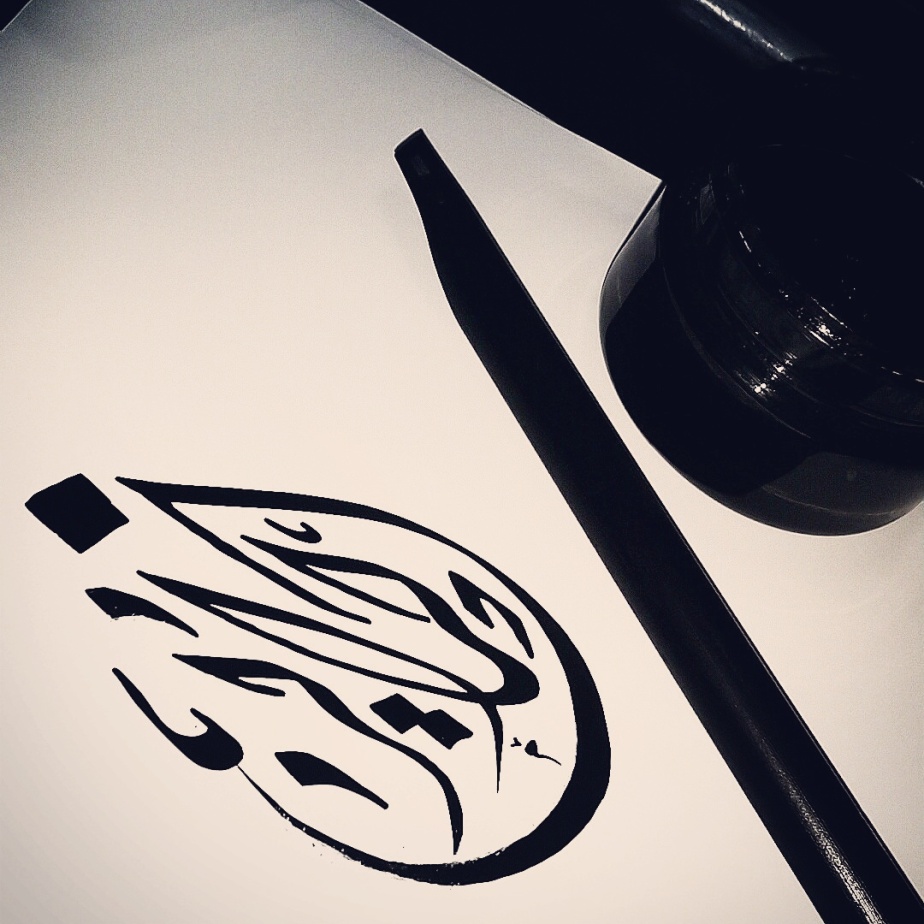 Njood was kind enough to display many styles of writing… 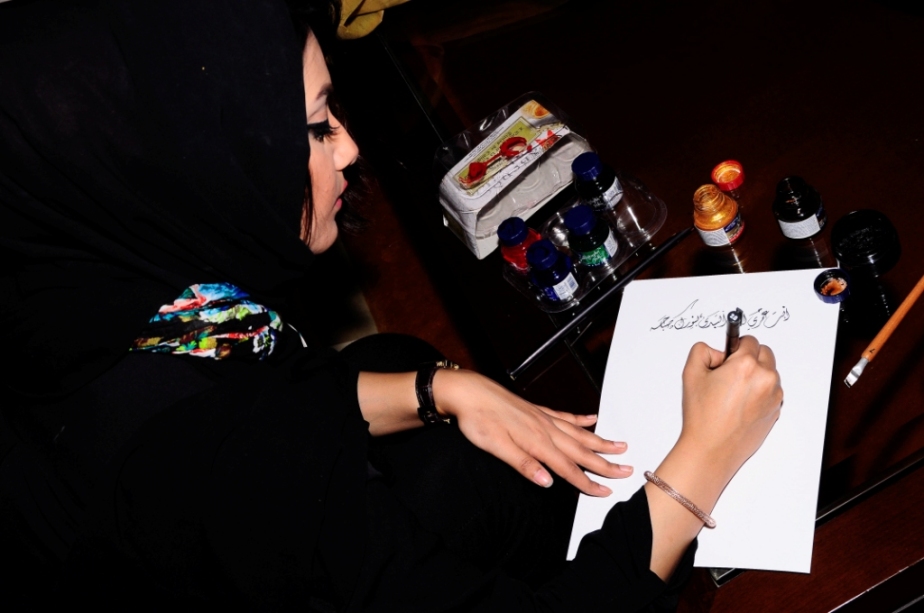 “There are lots of Calligraphers in Bahrain but most are men. The support for a woman Calligrapher is less… but then I met Jassin Al Hamadi who promised to make me a great calligrapher if I attend his classes. That is where I learned Ri’qa – a beautiful style. One must never mix two styles, warns Njood with a serious face, her smile to return only too soon. I had also visited so many artists and their exhibits with Suhair… I started designing logos and other works on my own from 17”, says Njood.

Hamra added that faults and mistakes in fabrics are common in the initial stages of learning but one must be willing to make mistakes and learn. HA had taken a bold step in accepting a challenge by choosing Njood to be her designer in Calligraphy. Njood was beginning to try her designs on fabric for the first time ever and Hamra works mostly with fabrics. Usual media for a Calligrapher are paper and canvas. Hamra says she loves Njood and “she is as beautiful as a song” which makes Njood smile.

4 thoughts on “Calligraphy and Fashion”