“click…”
The shutter sounded much louder than usual.
Embarrassing.
We were flying.
Unsure whether the sound of the shutter or the or the partial opening of the blind woke the ones before and after.
Immaterial, as far as the passengers concerned were concerned.

Airline pilots often talk about the dazzling skies that present itself to them during early mornings and evenings.
One such scene was captured at the cost of pleasant sleep to few of co-passengers.
Major disaster was averted as the stewardesses switched on the lights as the Captain announced the beginning of the descend.
Passengers were forced to wake up. 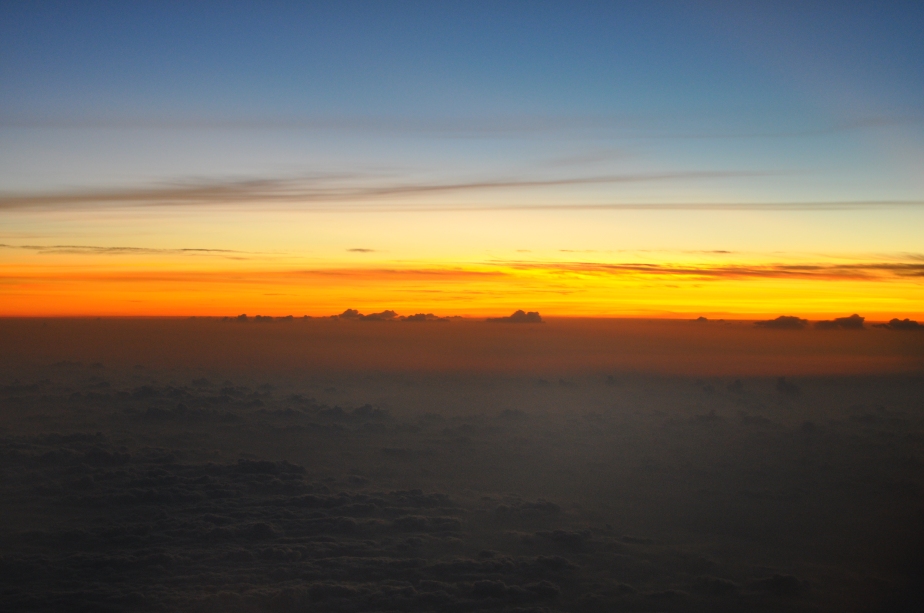 Sunrises and sunsets when viewed from an aircraft cruising at about 30,000 feet changes by the second.
Flying over these clouds was what was seen next… 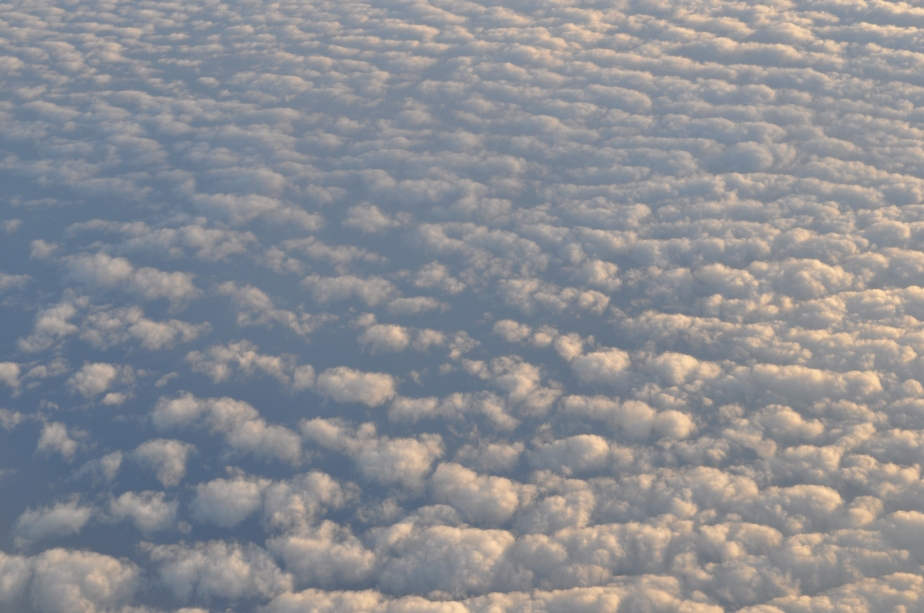 2 thoughts on “Over the clouds”