The Supermarine Spitfire remains the iconic British fighter of the Second World War, and Britain was not alone in its fight – Bahrain, through the Fighter Fund, financed the purchase of 10 Spitfires to aid the war effort. These were funded by all sections of the community in the Arabian Gulf. In total, the Fighter Fund raised £50,000 (31,000 BHD) and six Spitfires bore the name Bahrain.

The aircraft was well known for its elliptical wings. Indeed a hair-raising experience to hear the sound of its supercharged Rolls Royce Merlin engine and up close. Spitfire entered service in 1938, with 20,321 Spitfires built over 24 variants and its last operational RAF sortie came in 1954. The actual model sen here was originally ordered in June 1943 and built in 1945. 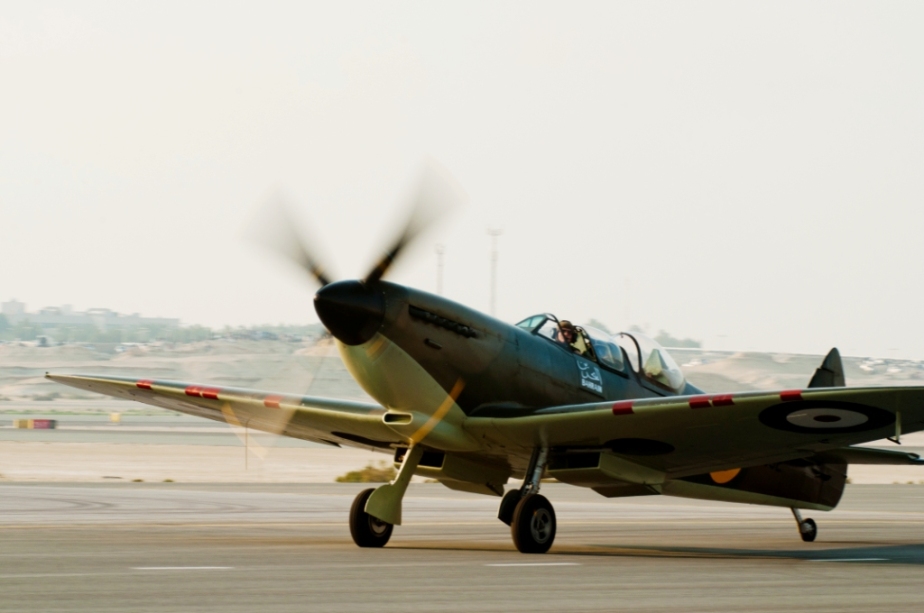