A walk through the many alleys of the old town of Muharraq is quite rewarding.The man depicted in the photograph above was friendly and posed for the snap. A feeling of being home far from one’s own home town – and the word for that feeling evades – was felt with all its intensity while walking through the alleys. Please note that a match between the text and pictures might not be a best fit. 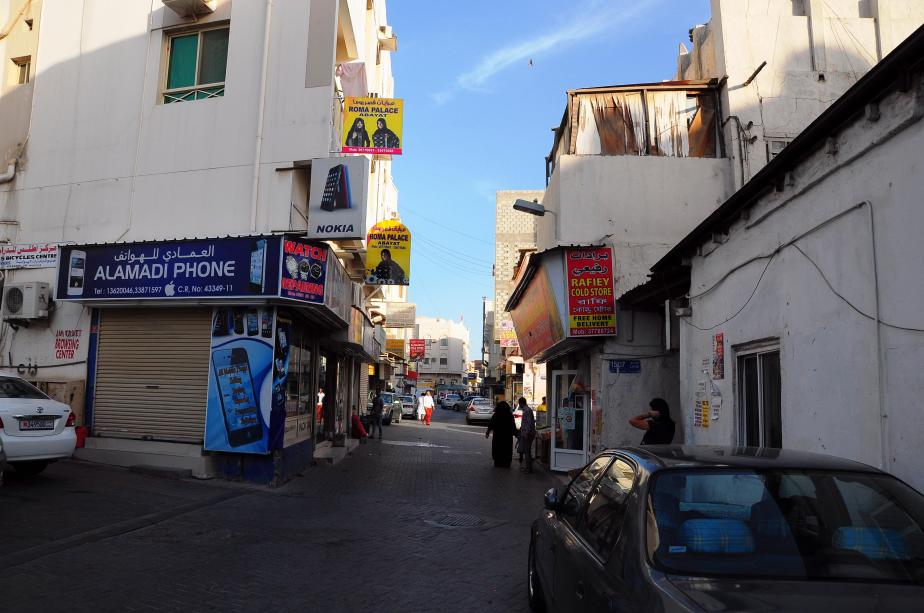 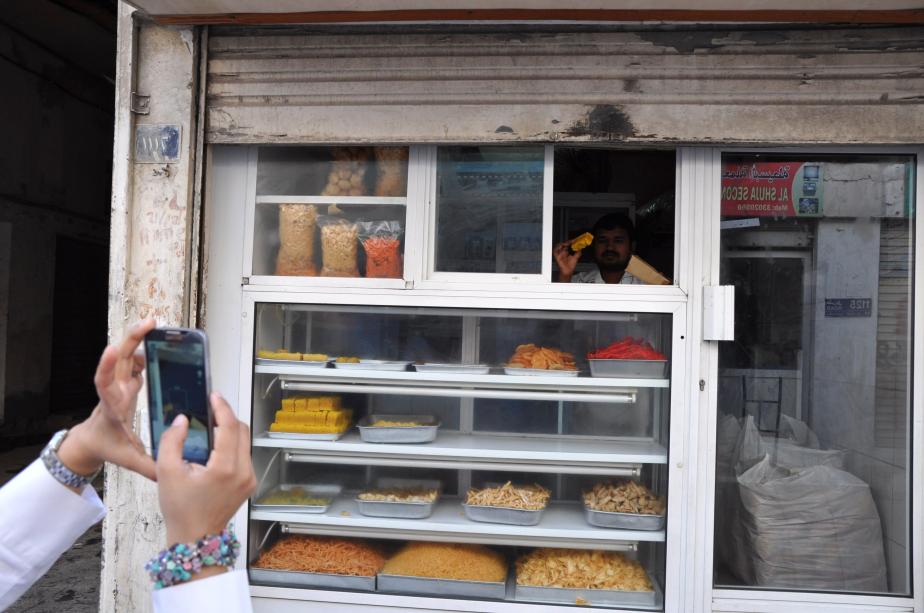 About Muharraq…
Muharraq means ‘Place of Ashes’. It is Bahrain’s second largest city and served as its capital until 1923. The Muharraq Town was established by the Al Bin Ali Utub tribe as early as the late 17th Century. It has long been a centre of religiosity. The city is located on Muharraq Island.

The city’s origins are ancient, going back to the time of Dilmun some five thousand years ago, but it came to prominence in the historical records during the era of Tylos when Bahrain came under domination of the Selucid Greeks. Muharraq was the centre of a pagan cult dedicated to the shark god, Awal. The city’s inhabitants, who depended upon seafaring and trade for their livelihood, worshipped Awal in the form of a large statue of a shark located in the city. Awal is an ancient name of Bahrain, an island country in the Arabian Gulf. The name Awal had remained in use, probably for eight centuries. Awal was derived from the name of a god that used to be worshiped by the inhabitants of the islands before the advent of Islam. Awal resembled the head of an ox.

By the fifth century AD, Muharraq had become a major centre of Nestorian Christianity, which had come to dominate the southern shores of the Persian Gulf. As a sect, the Nestorians were often persecuted as heretics by the Byzantine Empire, but Bahrain was outside the Empire’s control offering some safety. The names of several of Muharraq’s villages today reflect this Christian legacy, with Al-Dair meaning ‘the monastery’ and Qalali meaning a ‘monk’s cloisters’.

Muharraq has been a place of arts and traditional music. Muharraq is also known for its traditional market, or souq.